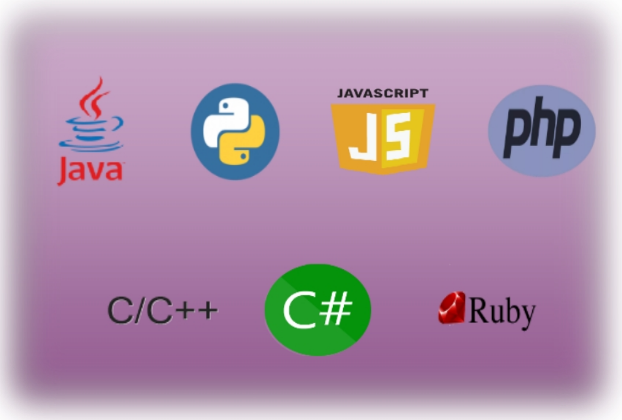 The present era has now become dependent of IT ecosystem, so this is truly a digital world and software developers find themselves in higher demand than ever before. But in order to stand out from your competitors, it’s pretty much essential to prove that you can keep up with the latest trends and react in-time to where the industry is heading.

If you’re a fresher, a novice or even got your feet a little wet in computer programming you must understand that different programming languages are suited for different purposes. Before picking the correct language(s) of your choice, you’ll have to answer the questions about the key essential points like:

Let us take a look at the best Programming languages to learn in 2019 and the years ahead, for the jobs and for future prospects.

Java is a general purpose programming language. The key of Java’s popularity is “Write Once And Run Anywhere”. Java has been the workhorse of the enterprise applications for decades and is still widely used to develop a wide range of applications.

Stack Overflow 2018 survey shows that Java is being used by 45.3% people, which is enormous to tempt developers to choose it. However the developers’ interest in Java has declined over the last few years due to its verbosity and the fact that it is somewhat more complicated to use than the contemporary languages. Albeit, it is still an extremely well-established language, used by millions of developers and billions of devices worldwide. To strengthen this reason, 90% of Fortune 500 companies count on Java as a server-side language for back-end development and still majority of Android applications are based on Java. Learn Java for 2019, and you’ll find that endless opportunities awaiting for you.

Although Python was developed in 1991 but it has been gaining exponential popularity by the developer community during the last one and a half decade. Because of its incredibly versatile nature Python can accommodate almost any type of requirements. It is the best choice for the hot computing technological innovations such as machine learning, data sciences, data mining, Artificial Intelligence (AI) and automation of all sorts. Python has enormously contributed to serve all of these technologies, which by themselves are selling like hot cakes all over the globe. Python also provides a great framework Django for the web development. To add to your interest, the giants like google, YouTube, Instagram, airbnb, Dropbox, Coursera, Pinterest and even NASA uses Python. Python is extremely easy and simple to learn. There are tons of resources available on the internet to learn it. It has got a great documentation and a community to help each other.

Python code is relatively easy to learn, supports multiple programming paradigms, has a wide variety of software libraries that can be dropped into code, and can be scaled to large applications. It also has packages such as NumPy and SciPy that are commonly used in the fields of scientific computing, mathematics and engineering. Other Python libraries such as TensorFlow, PyTorch, scikit-learn and OpenCV are used to build programs in data science, machine learning, image processing and computer vision. Python’s science and data applications make it the best bet for the academically inclined.

Stack Overflow had predicted a couple of years ago that Python will outpace other languages by 2019. Job postings are at an all-time high, so there’s no time like now. The above mentioned are some of very good reasons why it’s gaining more traction than ever before.

Javascript has greatly evolved from its day of creation such that Javascript today is very different from that time. Furthermore, the Javascript world has moved insanely fast in the past few years that you can not do without Javascript if you are interested in Web development in any flavor. Javascript also has a tons of applications. It is extensively used from desktop apps to mobile to web applications. This is pretty much because of the availability of smart clients (mobile devices, computers) in billions, having rich CPU and memory specifications. Today it is used on everything from time-critical applications like node.js to internet of things devices via Node-RED. Javascript has still got much more strength through the creation of derivatives such as TypeScript which allows developers to build larger and more complex programs. Javascript is used by over 80% of developers and by 95% of all websites for any dynamic logic on their pages, according to Coding Dojo.

With React or Angular you can write a single application in javascript and can build the app to run seamlessly on Android and iOS. So there’s a great threat to the native languages and platforms where the learning curve is high and you’re still restricted to write app separately for each platform.

Remember that to learn Javascript language alone is not sufficient now a days. There are Javascript based technologies and frameworks available which are meant to provide specific solutions. For instance, Angular and React are the best competitors in providing client-side MVC solutions. The rate of acceptance and adoption of both of them is rising constantly.

These days, many organizations, particularly startups, are using NodeJS which is a JavaScript-based run-time environment. Node.js lets developers use Javascript for server-side scripting—running scripts server-side to produce dynamic web page content before the page is sent to the user’s web browser. Hence now with JS, you can use a single programming language for server side, as well as client side scripts.

JavaScript is inevitably interlaced with the Internet of Things, and as IoT devices gain even more popularity in the years to come, this coding language is set to expand even faster.

If you’re a Javascript-family geek you can look for the jobs of Web developer, full-stack developer, front-end developer.

This server-side scripting language sparks 83 percent of websites and has been an imperative back-end tool for tech giants like Facebook, Wikipedia and Yahoo. PHP is used to develop web applications of all levels; simple to medium size to very complex in terms of features, modules, algorithms, whatever you think about. Further good news is that it is quite simple to learn and there is an extremely large PHP developer community on the internet. So you won’t be disappointed while searching for help or assistance on the internet. For the freelancers on the popular forums like Upwork, Freelancer you’ll see PHP based technologies and frameworks like WordPress, Drupal, Joomla etc. are heavily dominating.

Despite its relatively old design, PHP has survived for decades and still underpins popular CMS platform such as WordPress, Joomla, Drupal and eCommerce platforms like Magento. It is popular because it is free, easy to set up and simple to use for programmers and still has got immense power to provide any type of solution. The novice developer doesn’t have to struggle learning the language. There are numerous MVC frameworks available in the market, like CodeIgnitor, CakePHP, ZF2 etc. Some of them are extremely popular among the developer community but the latest arrival Laravel has been developed from the ground up to facilitate enterprise-level and other complex applications, hence competing Microsoft .NET platform.

If you want to work as a freelance web developer, PHP is one of the best options to learn. With more than 75 million websites running applications based on PHP, there will always be a need for developers who are well up in PHP and the content management systems framework based on PHP.

C has been the parent language of many popular languages today; some are either derived from C or inspired by its syntax, constructs, and paradigms, including Java, Objective-C, and C#. Even today, whenever there is a need to build high-performance applications which is required to do anything literally, C is perhaps the most popular choice.

Back in 1970s C was commonly taught in the beginner computer science courses. C/C++ are like the bread and butter of programming. These languages are usually used to develop operating systems, file systems, device drivers, games, computer graphics, browser applications, client-server applications, embedded firmware and alike. Though languages are like a chainsaw in a novice’s hands, especially a little mishandling in the pointer management may crash the application, the operating system or even at the worst may cause the hardware resource to malfunction or get damaged.

Because of its specific domain it has a steep learning curve. It can run extremely fast and stable, and offers precise control over both hardware and software resources like memory, CPU, network usage, peripheral devices etc.

Its ability to extract the best performance from system resources means it’s a popular choice for software running on micro-controller boards, as well as for low-level software on PCs, such as operating systems and hardware drivers. The downside is that C++ can be difficult to learn due to its complexity.

If you wish to be a system-level programmer, C/C++ is your best bet. Remember, to ensure your long-term career in the same language/platform you should choose the big things like Java or C/C++. They are not going to die in another decade at least.

Microsoft’s object-oriented language has the benefit of being well-documented with a host of useful software libraries to prevent developers from having to reinvent the wheel.

The language, created in 2000, runs on Microsoft’s .NET framework as a rival to Java and is popular for building robust Windows desktop applications, as well as web and more recently, mobile apps. Its uses continue to grow as Xamarin tools enable C# to be used to write single app and build for both Android and iOS.

Anyone interested in Virtual Reality (VR) programming should consider learning C#. C# is also the recommended language for building 2D and 3D video games using the popular Unity game engine, which produces one-third of the top games on the market

An open source, dynamic, interpreted scripting language, focused on simplicity and productivity, developed in mid-1990 in Japan. It was designed with the aim of simplifying the programming environment and making more fun. Ruby programmers also have access to the powerful RubyGems. RubyGems provide a standard format for Ruby programs and libraries.

Ruby becomes popular by Ruby on Rails framework, a full-stack web framework. Ruby is a dynamically typed language, it does not have hard rules and it is a high-level language which resembles the English language to a great extent. Ruby is being used in wide range of fields, especially in Web Applications and data science.

Using Ruby you can build an application with less line of code. But the downside of Ruby is that it is a dynamically typed language, it’s not easy to maintain and its flexibility makes it slow.

If you want to move into programming, the best advice for you is to learn multiple languages and multiple frameworks, at least a couple of. Being comfortable in multiple languages and frameworks is quite significant because the computer industry is constantly changing. To excel in more than one programming languages and frameworks will not only help you reduce the risk of getting out-dated but also get you acquainted with various paradigms and architectures built up to address different natures of real world problems. 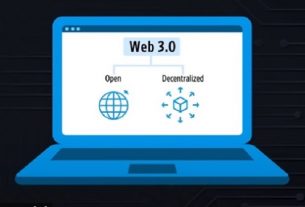 5G – The Key Player of The Next Digital Revolution