Edge computing is primarily about putting an extra layer of computing in the network between the end device and a centralized data center, which is normally referred to as being located in the cloud. It is a distributed IT architecture and infrastructure where data is processed at the periphery of the network, as close as possible to the originating device.

The primary reasons for deploying edge computing are to substantially reduce the network processing delay for time-critical applications, and to greatly reduce the volume of data that has to be transmitted further upstream into the network.

The idea of having computing processes at the edge of the network, such as a gateway in a remote enterprise office, has been around for quite some time. However, typically these have been for very specific and limited use cases and in relatively low volumes. It has only been more recently, driven by newer uses cases and enabling technologies, that edge computing has taken on more significance and added value in the networking world.

Security cameras, phones, machine sensors, thermostats, and vehicles etc. are just a few of the devices in daily use that constantly create data that can be mined and analyzed at various levels and can be processed by various companies, helping them automate their workplace to reduce cost, increase safety & ROI eventually, employing edge computing infrastructure.

For some use cases, low latency is really crucial. Think of a connected vehicle needing to decide to avoid an object on the road, entailing the necessary computing to take place at the ‘edge’ of the network, nearer the object itself, so that any precautionary action could be invoked in real-time. This is very difficult to achieve in the traditional cloud-based centralize network where sufficiently low latency would not be available to enable the vehicle system take immediate and accurate action, based on the processed result.

Edge computing is, in essence, tied to the evolution of the internet of things (IoT). As various industries push to connect previously dumb objects to the internet, the way in which these objects talk to one another will drastically change . IoT devices transfer data to a local connection point. Once the data has been processed on the edge, mostly just a portion of that information is then sent to a data repository located within the cloud or a corporate data center. This significantly reduces the latency which is highly demanded in use cases like traffic control, industrial automation, health services, telecommunication and smart grid-stations etc.

To manage edge devices, device relationship management (DRM) refers to the monitoring and maintenance of complex, intelligent, and interconnected equipment over the internet. DRM is specifically designed to interface with the microprocessors and local software in IoT devices.

Between the edge and cloud is the fog layer, which helps bridge the connections between edge devices and cloud data centers. According to Matt Newton of Opto 22:

Fog computing pushes intelligence down to the local area network level of network architecture, processing data in a fog node or IoT gateway.

The top reasons edge computing will positively impact our industrial and social spectrum:

By 2020, it has been predicted that the amount of traffic running through cloud computing networks will increase to 14.1 zettabytes per year. The user demand for instant response from applications and services is continuously increasing, however extremely high traffic cause latency which can negatively affect their experience. The better the network quality – the better end user experience. Due to entertainment services like Netflix, over 70% of total bandwidth of internet usage is taken up by video streaming, with high bandwidth consumption. When large amounts of data are transmitted, everything gets slowed down. Edge computing, on the other hand, provides more throughput and capacity by storing and processing data closer to where it’s supposed to be used. This minimizes the network load in areas where network connectivity is low, enabling faster transmission and a better overall experience.

Of course, there are some potential concerns with the level of security at the edge. IoT devices collect sensitive data and the local infrastructure must be appropriately configured taking this into account. Same security measures have to be taken at the edge as those have been taken at the centralized data centers. So long as encryption is implemented appropriately, decentralizing the data processing may improve security for your organization, as there is no single “point of failure”.

Edge computing can arguably lower costs by reducing the amount of times your organization has to transmit large amounts of data from one system to another and then have to process and analyze it. Storing data and downloading it can be expensive and the more data that is transmitted means having to pay higher bandwidth costs. Edge ecosystem can cut the cost significantly.

Edge ecosystem significantly decreases the volume of data that is to be transferred, the consequent traffic, and the distance the data must travel, thereby reducing transmission cost, shrinking latency, and hence improving quality of service. It removes a major bottleneck and potential point of failure by removing or reducing the dependency on the core centralized computing environment. It helps a lot to save resources and facilitates data processing in quick turnaround time.

This edge based IOT partnership is all set to revolutionize data computing and will be a must for invariably all corporate giants, who are looking to leverage the power of data analytics in addressing the challenges on head for transportation, telecommunication, health care, oil and gas, financial institutions and many other major industrial verticals. This capability will play a vital role in enabling the businesses to make much more informed business decisions right in time. 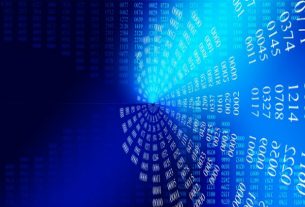 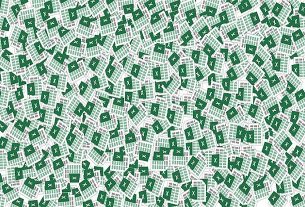 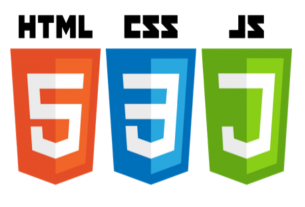